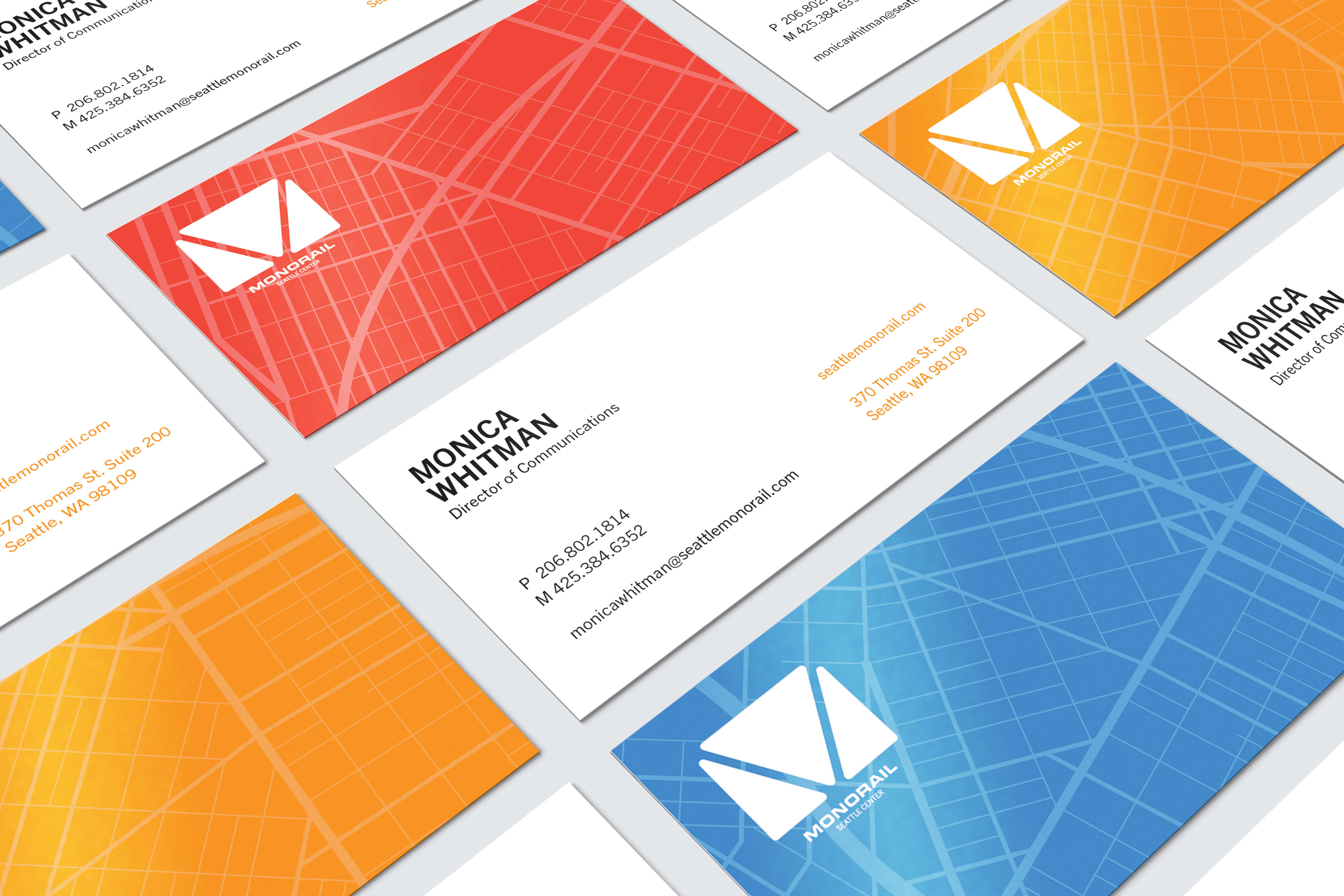 Brand Redesign
Overview
March 2019
8 weeks
Applied brand identity
Brand guidelines
The Project
The Seattle Monorail was introduced to the city as one of the attractions for the the Century 21 Exposition, the 42nd World’s Fair, in 1962. Space age was the theme for that year’s Exposition and heavily influenced the design of the Monorail, something I took inspiration from for the brand redesign. Providing transportation between Westlake and Seattle Center, the two train system provides services to two million passengers each year, most of whom are tourists.
‍
While most Seattleites know about the monorail, they likely do not know its history. I pulled inspiration from colors, typefaces, patterns, and photography of the early 1960s. It was important to integrate these elements into an overall modern look for the Monorail. The logo, reminiscent of the letter M, is also an abstract representation of the monorail track as seen from the street. The red and blue in the color palette are the colors of the two monorail cars, and the gold comes from the original paint used on top of the space needle at its unveiling at the World’s Fair. Futuristic phrases on advertising for the Monorail use language that was also seen on original advertisements for the Fair, that both then and now, drawing tourists to an attraction like no other.
‍
The end result of this project included brand guidelines, detailing the brand’s elements and use cases, and applications of the brand to posters, stationery, the website, and more. 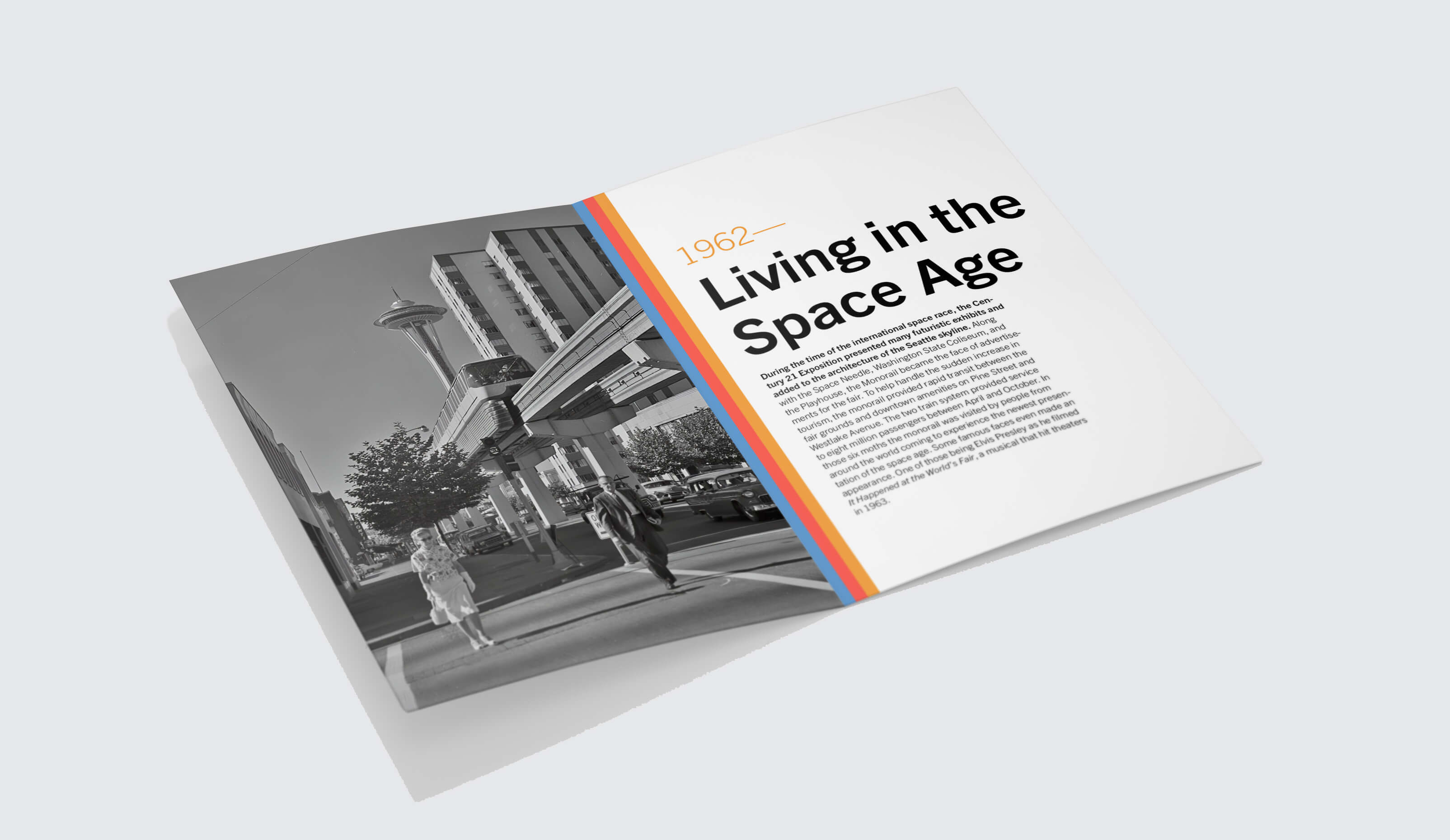 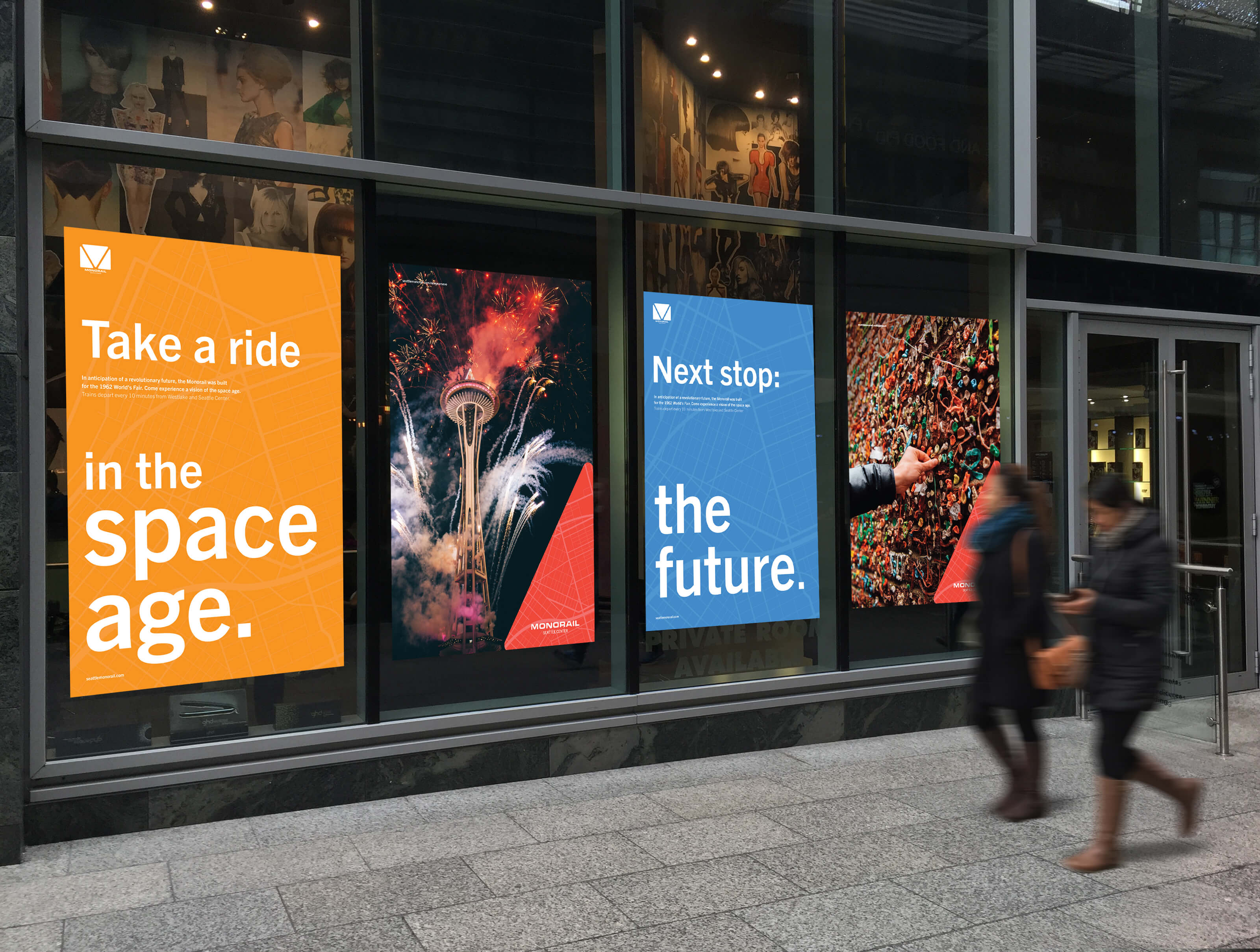 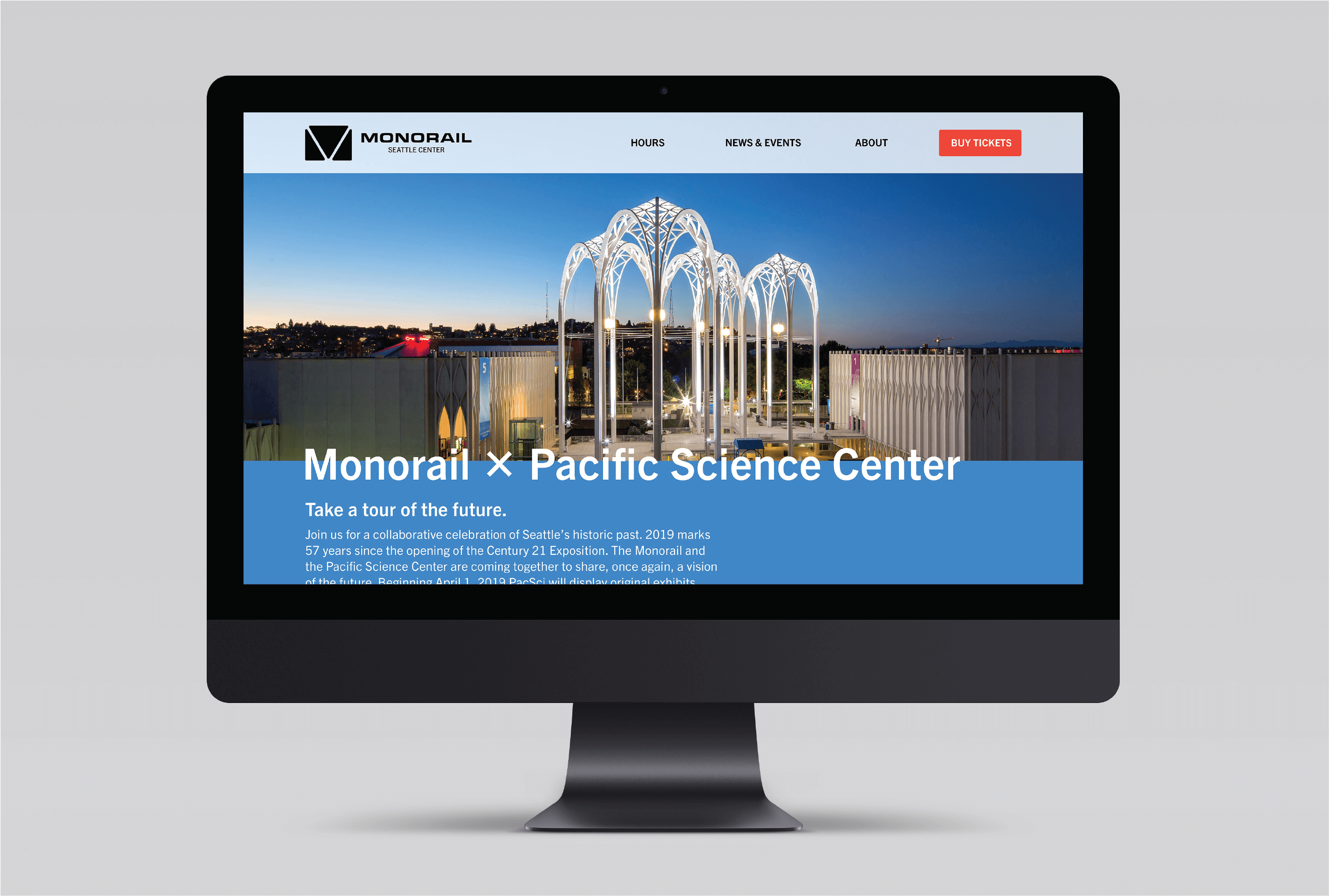 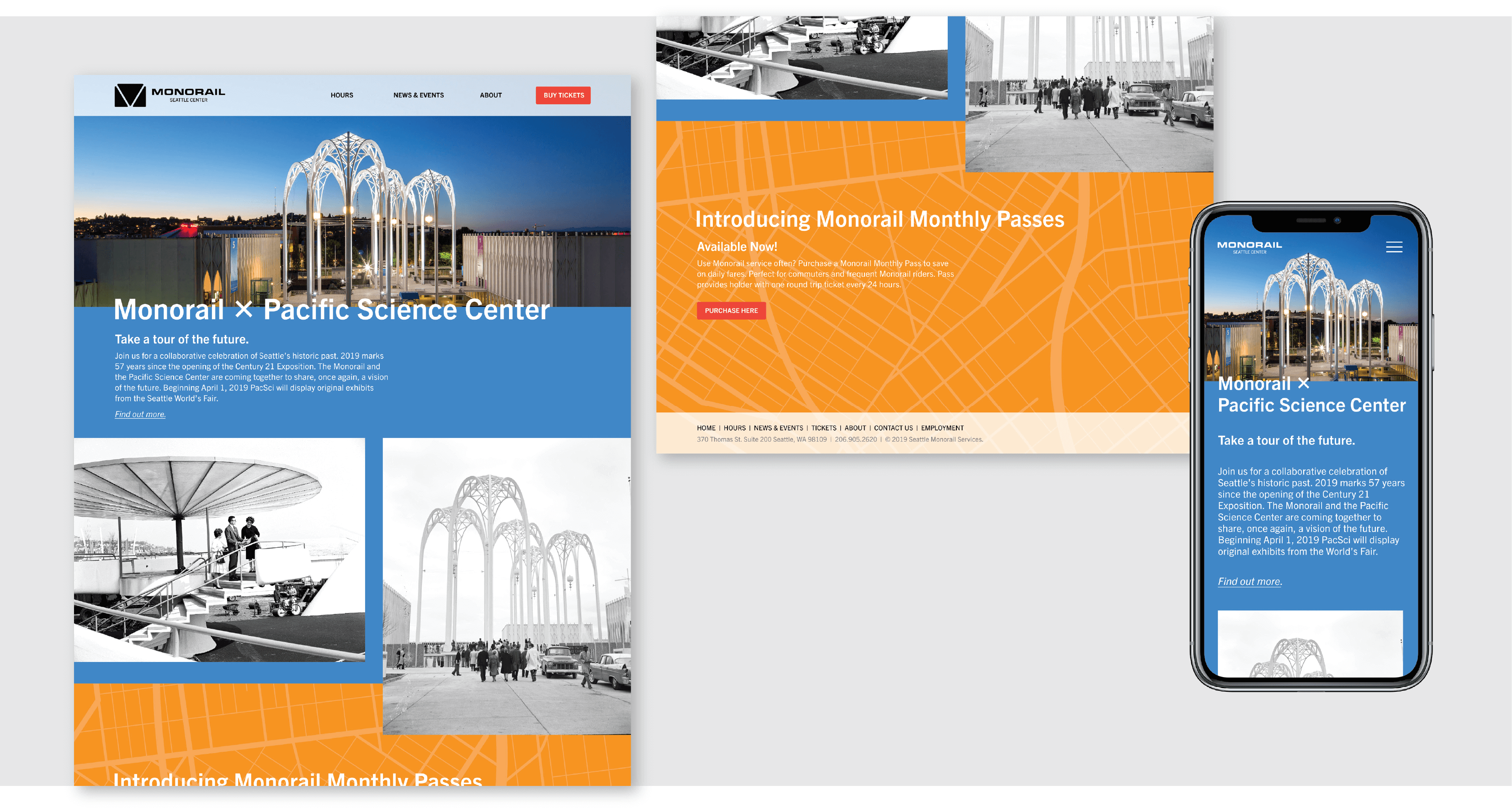 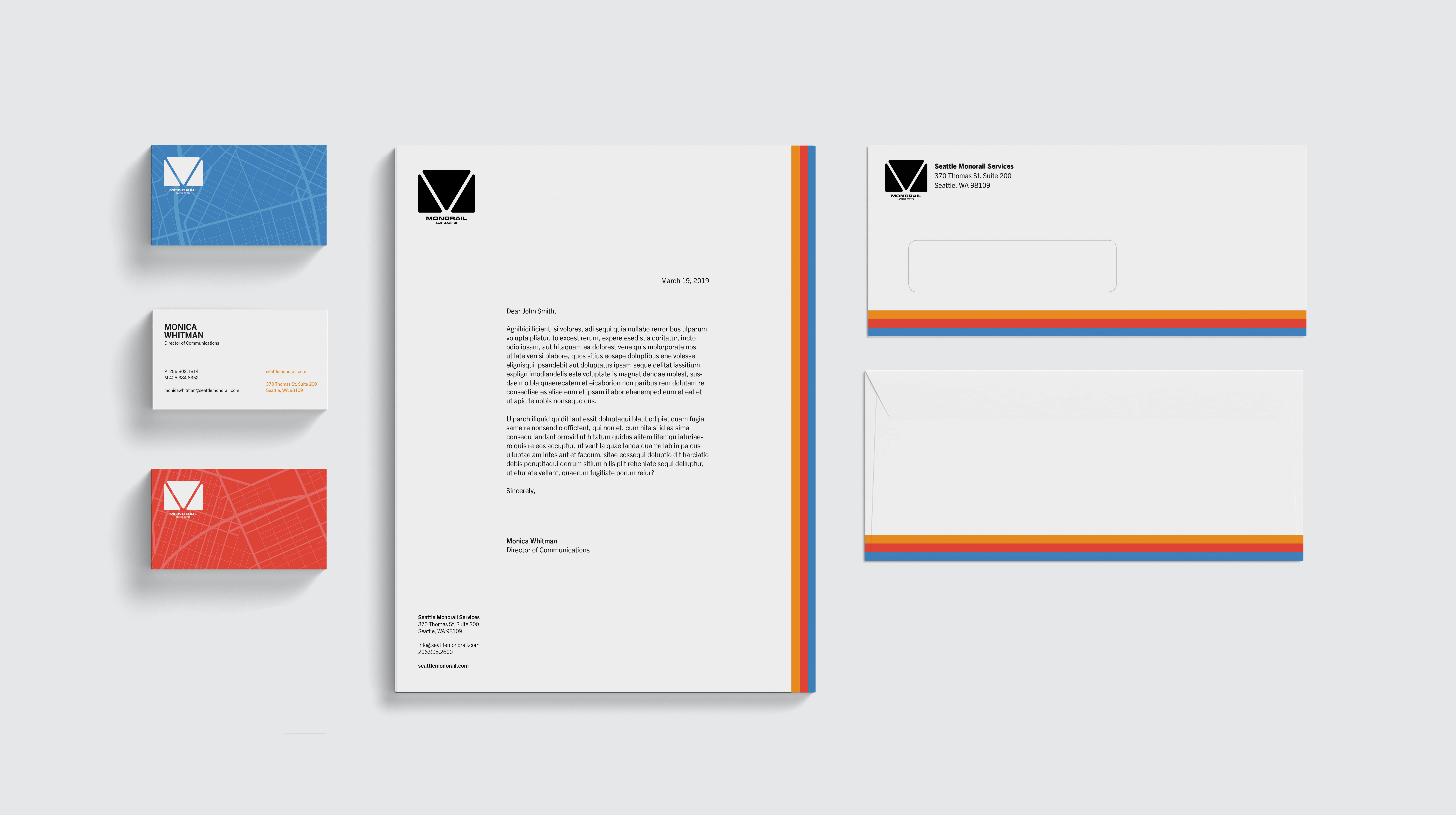 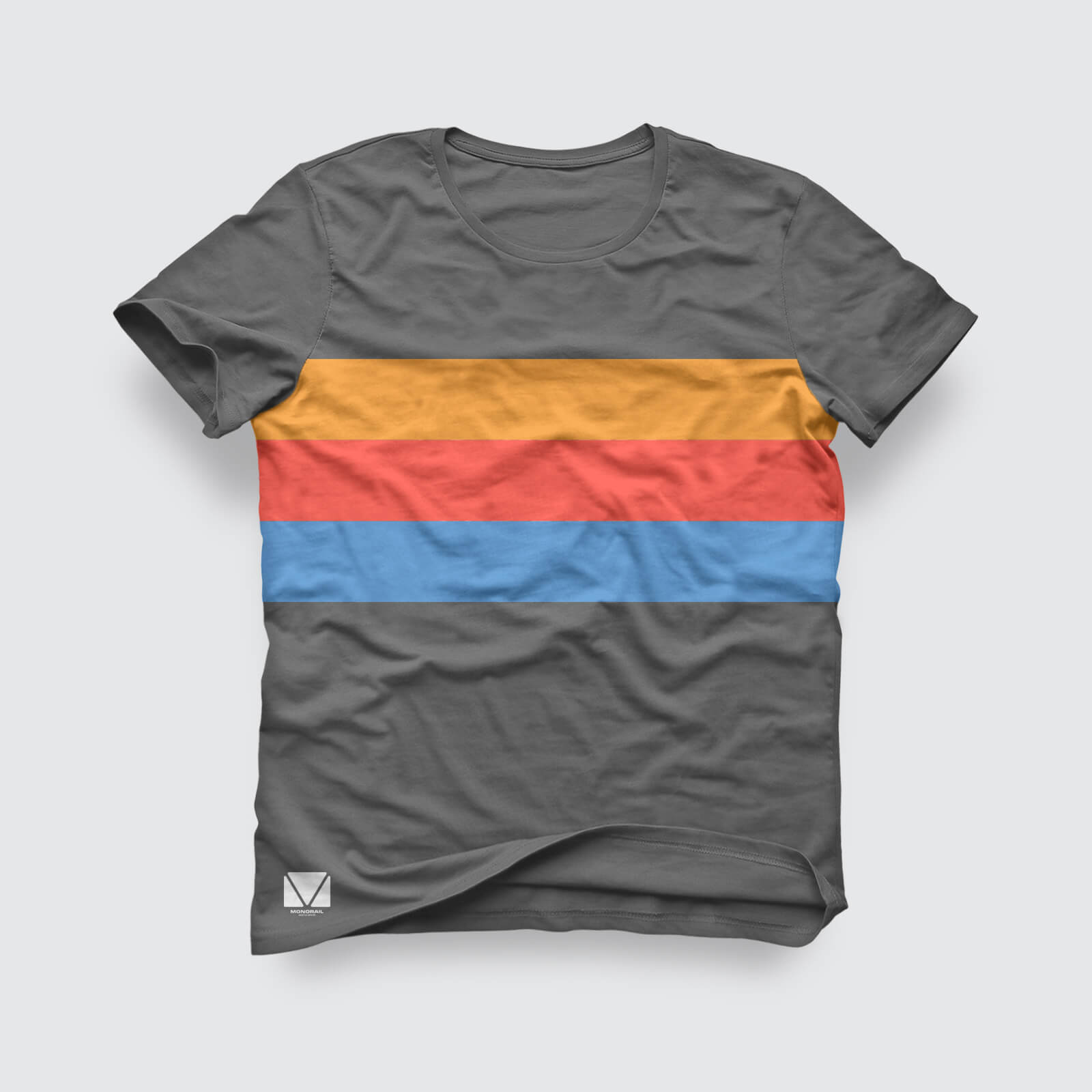 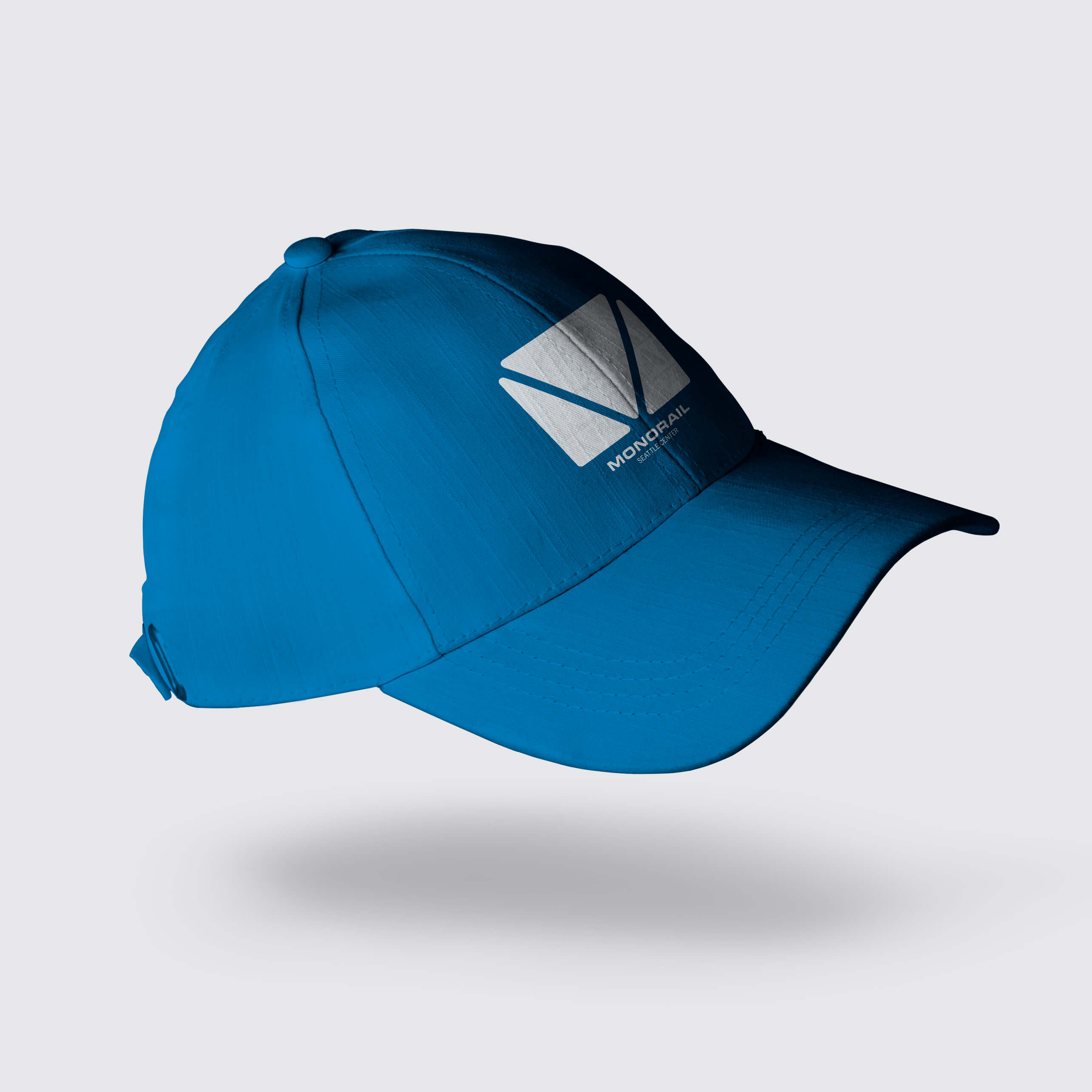 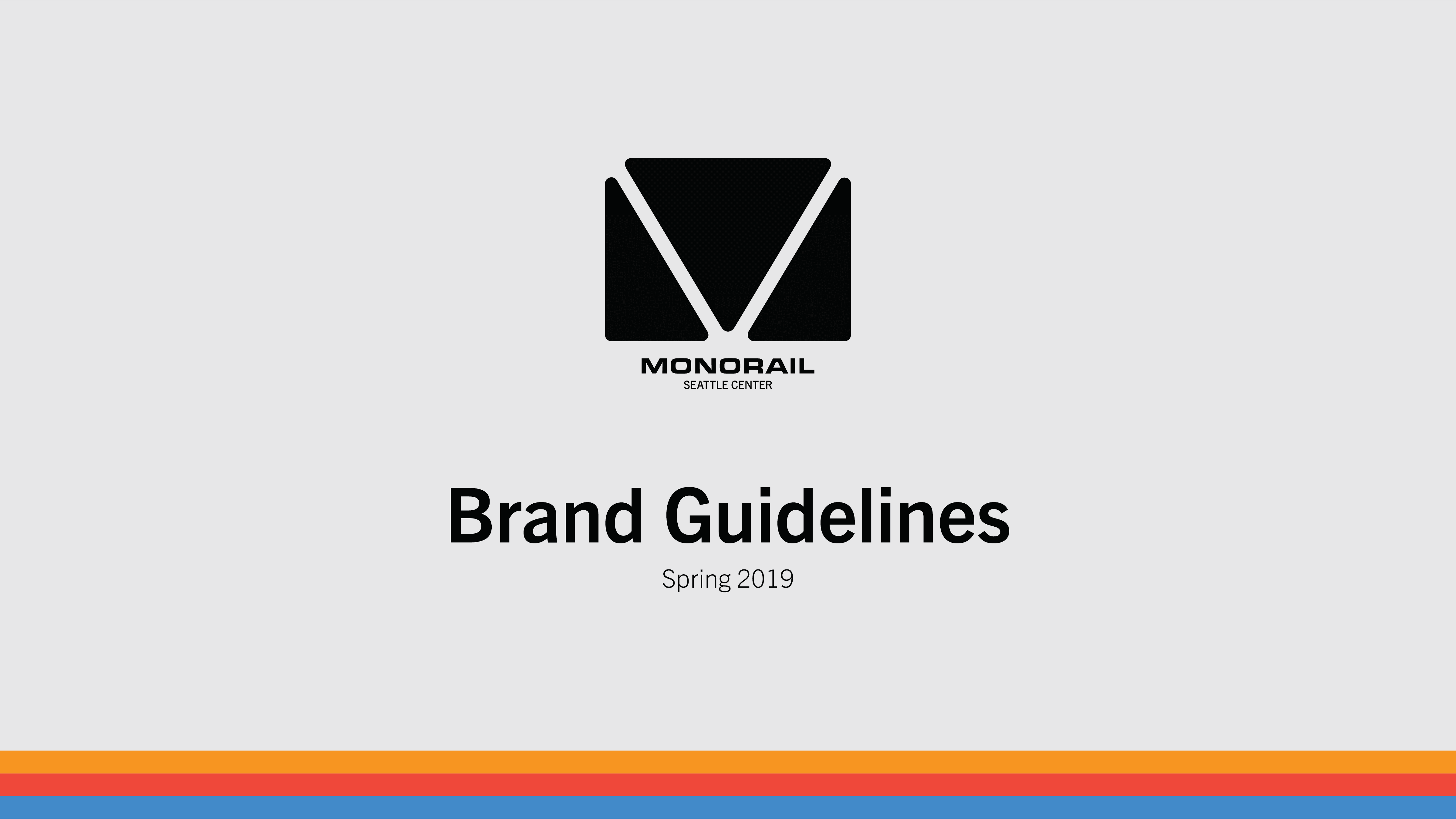 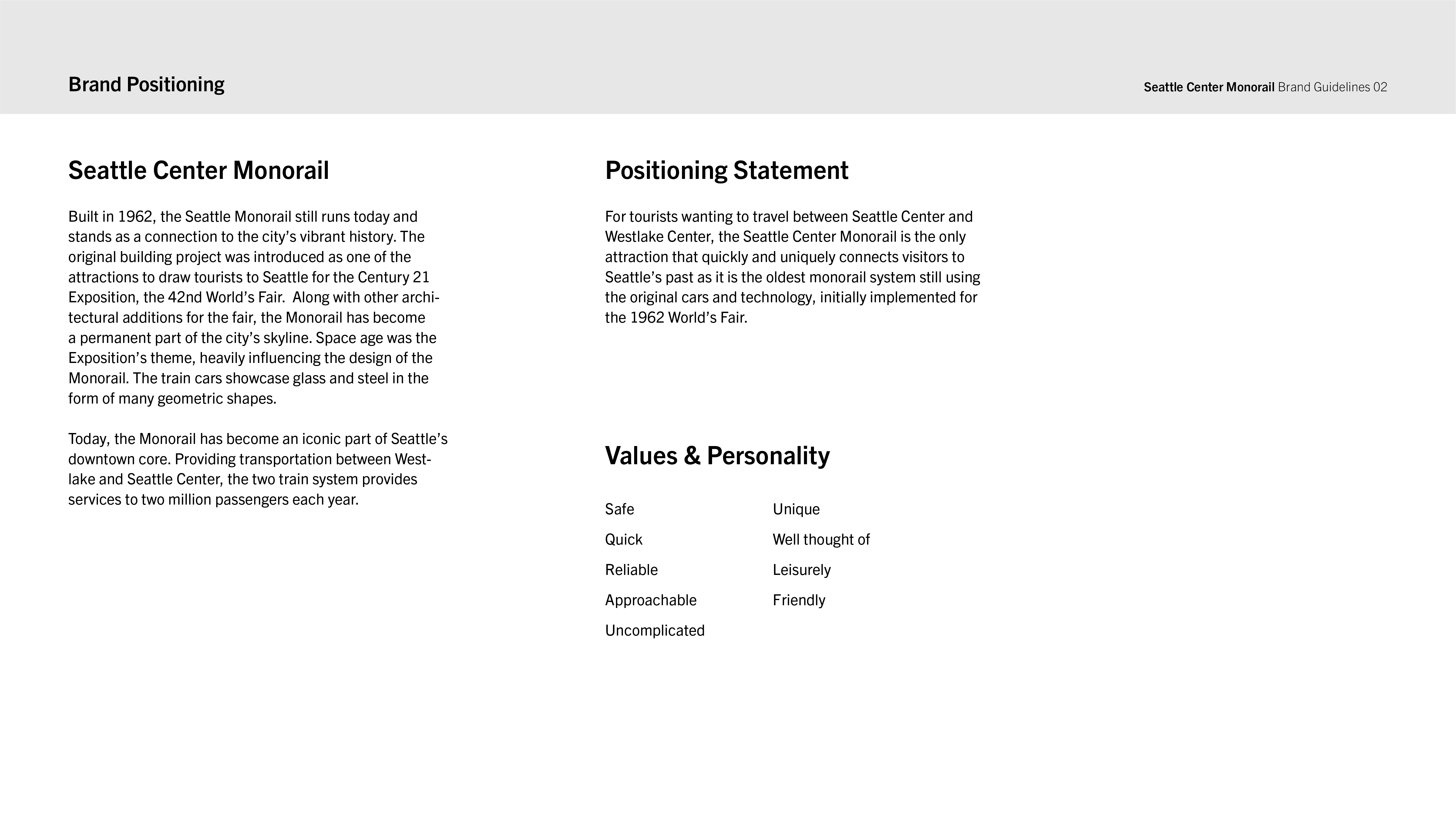 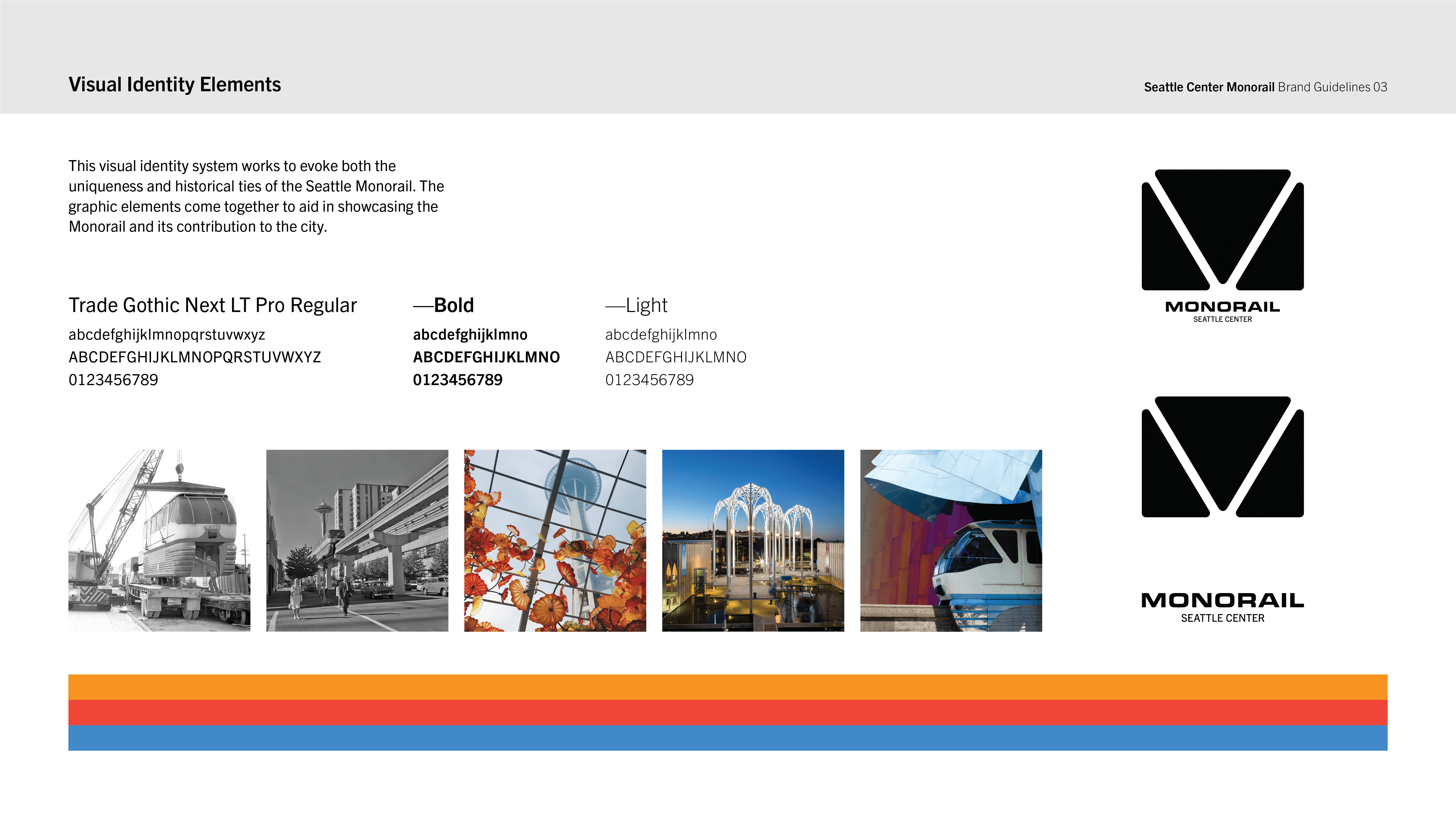 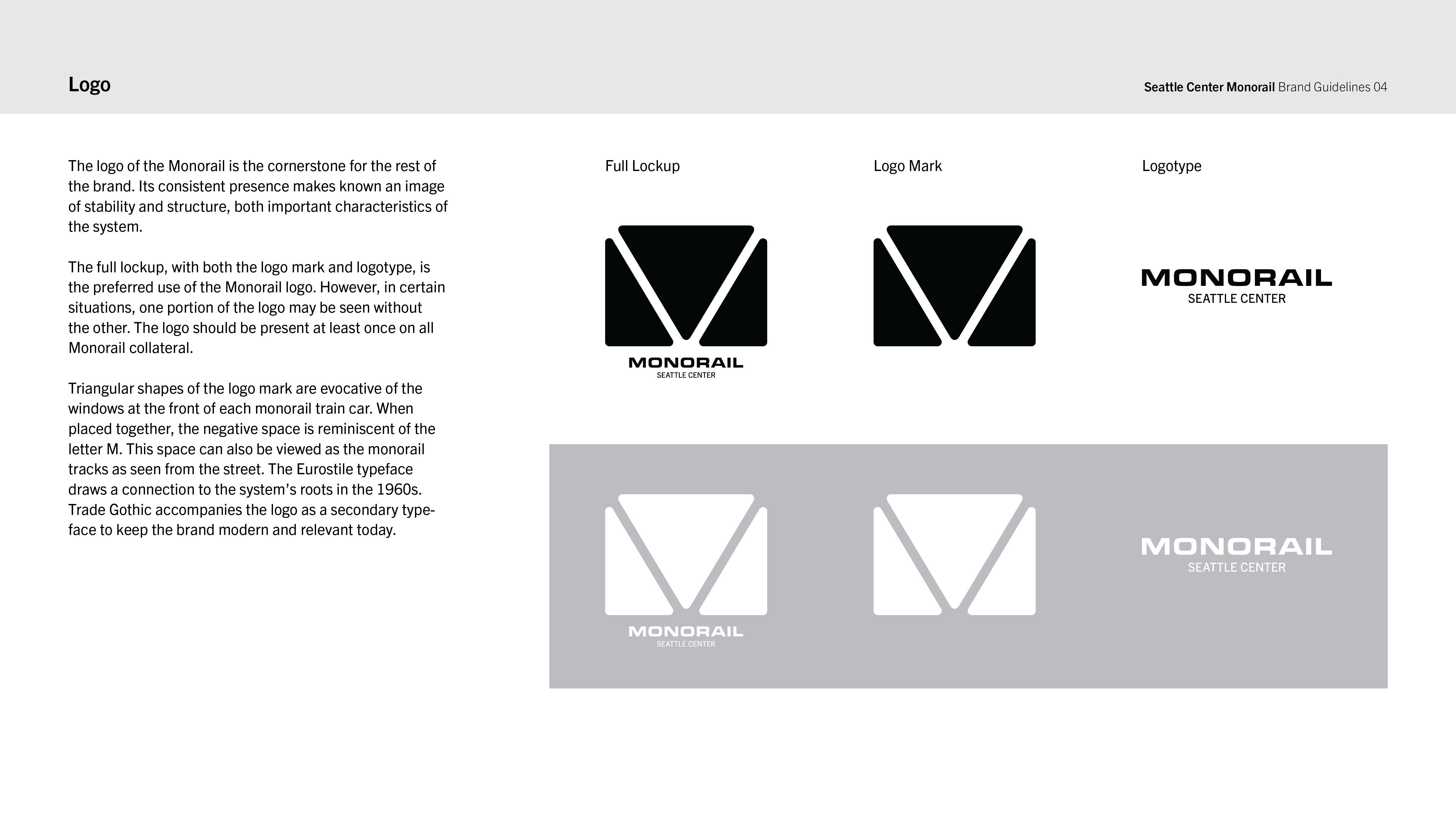 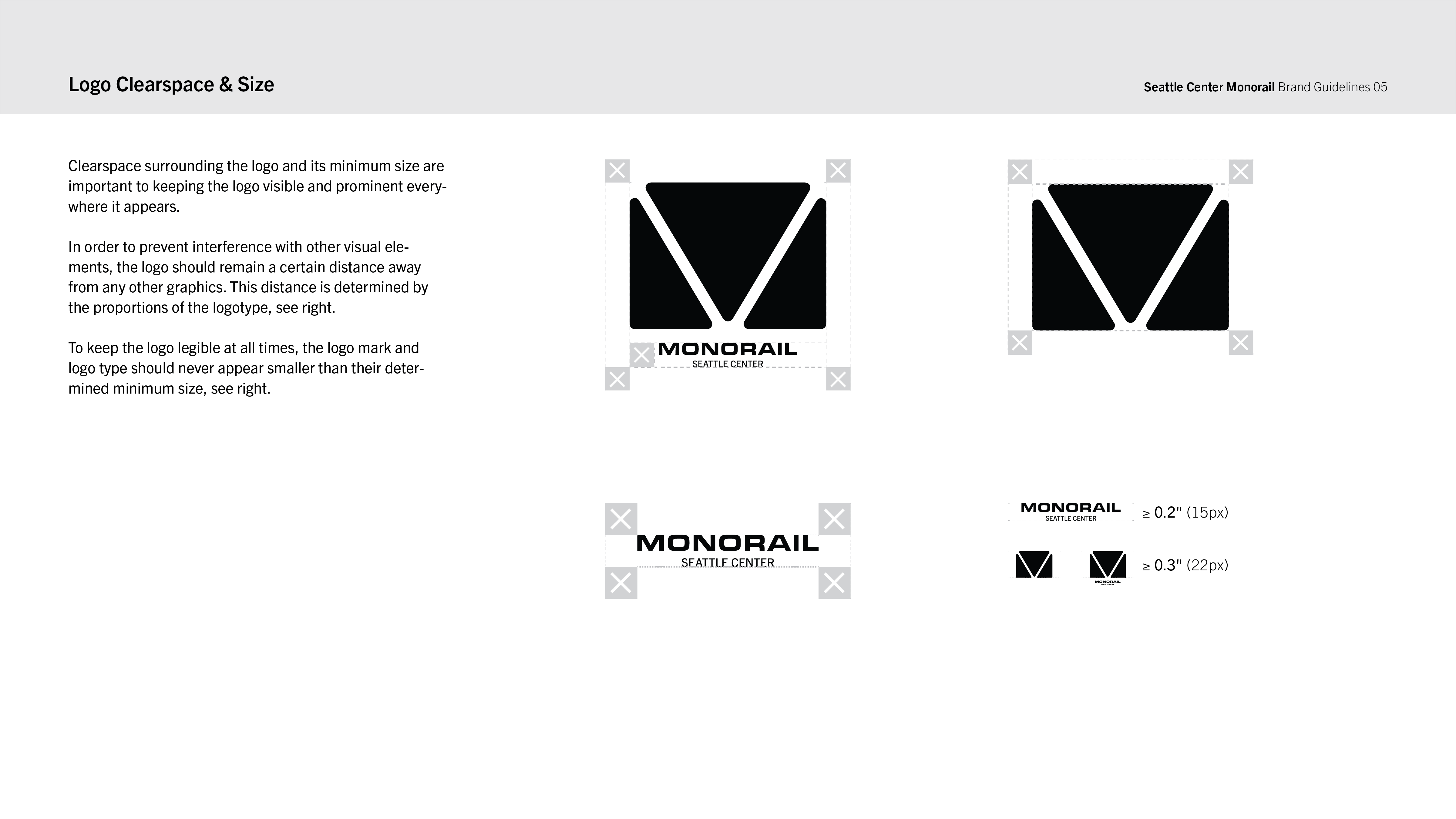 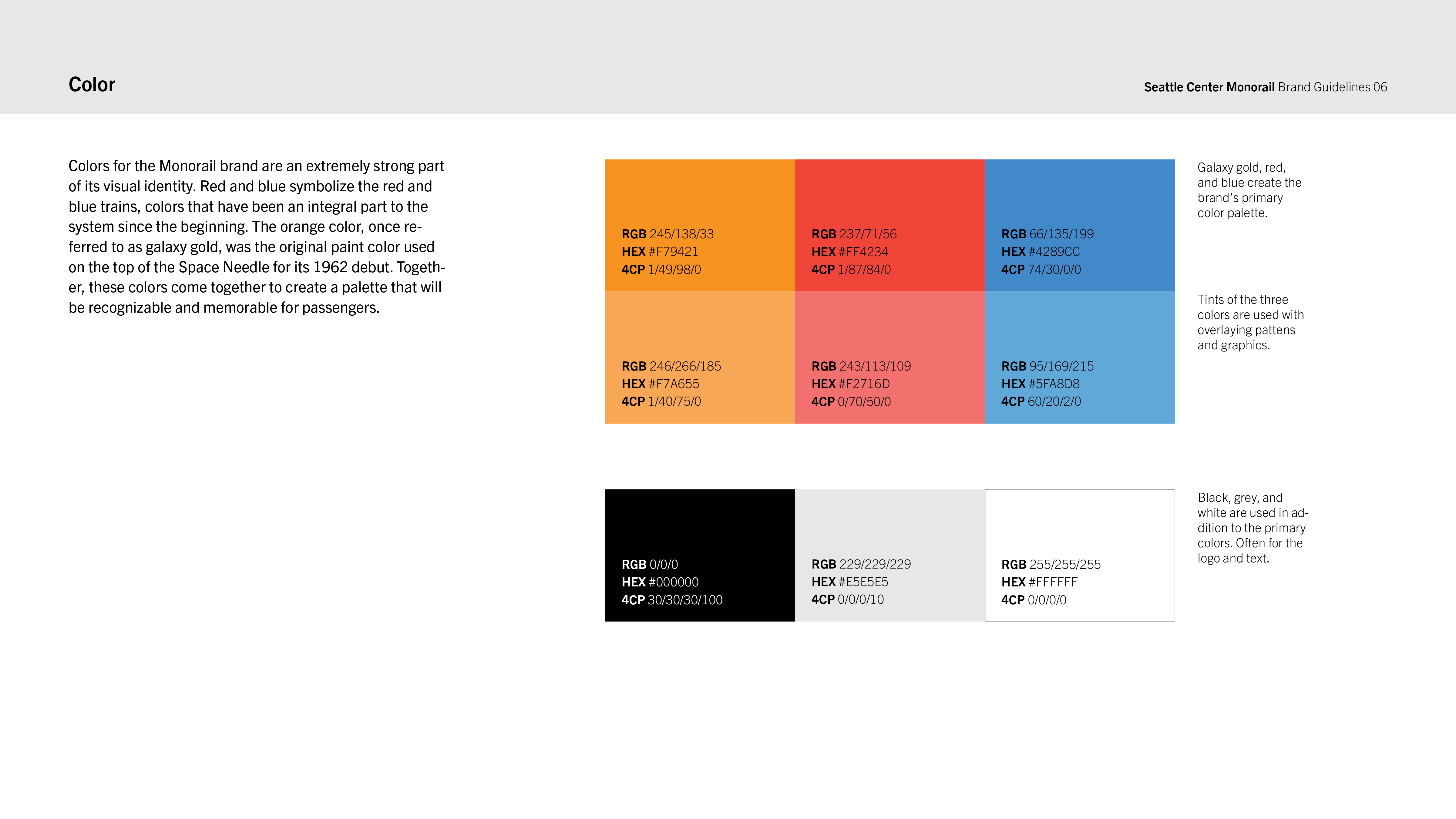 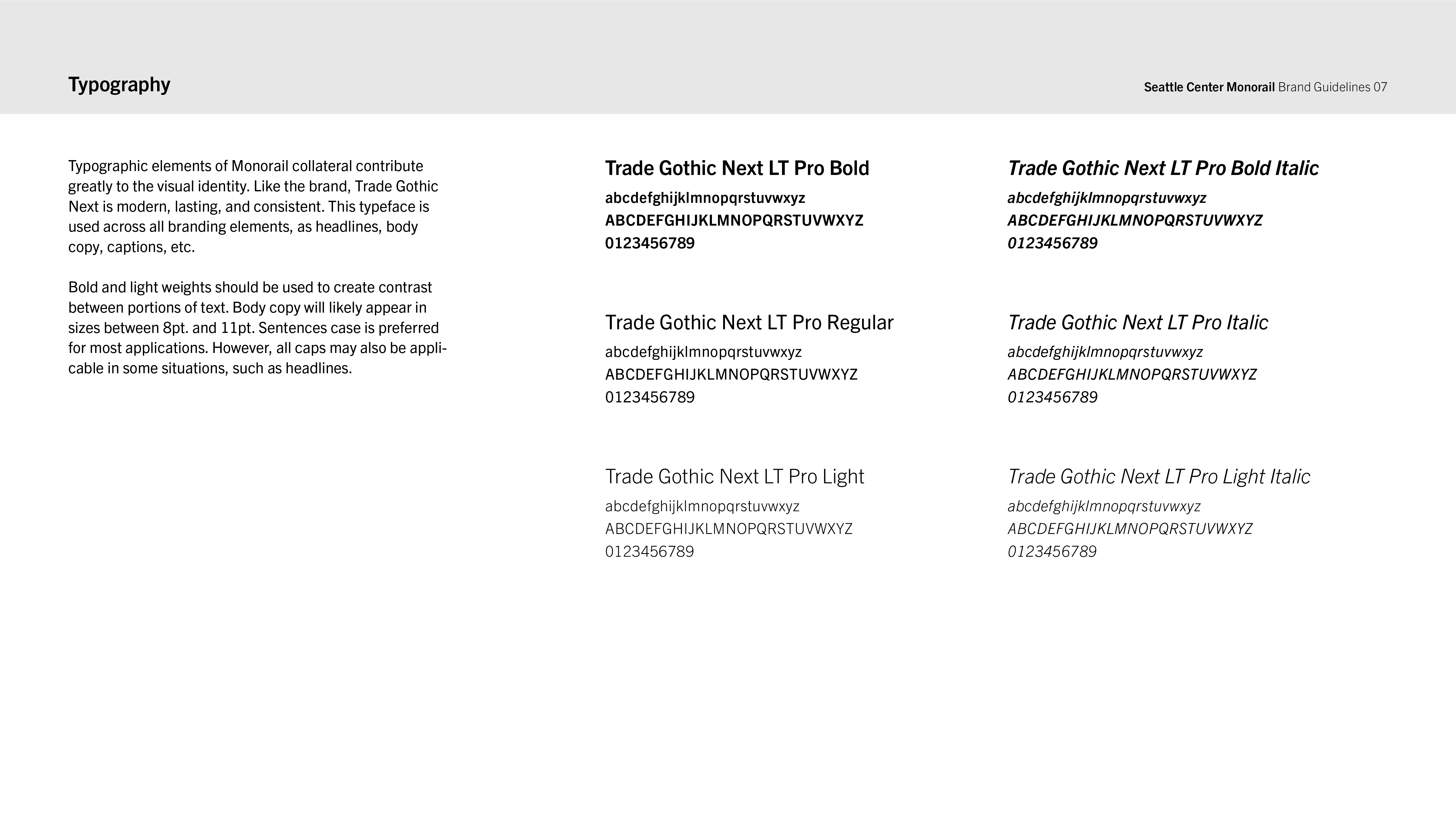 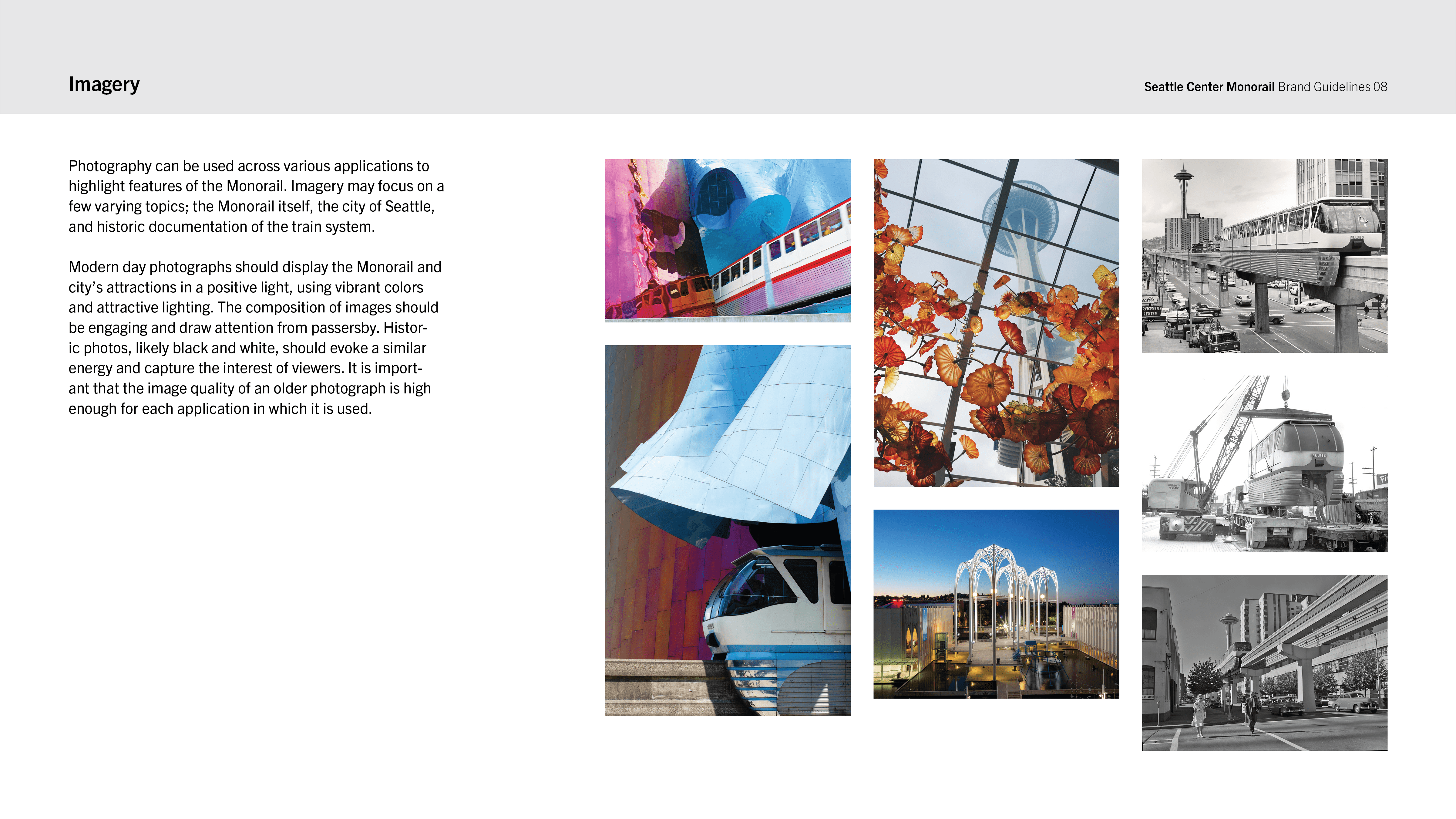 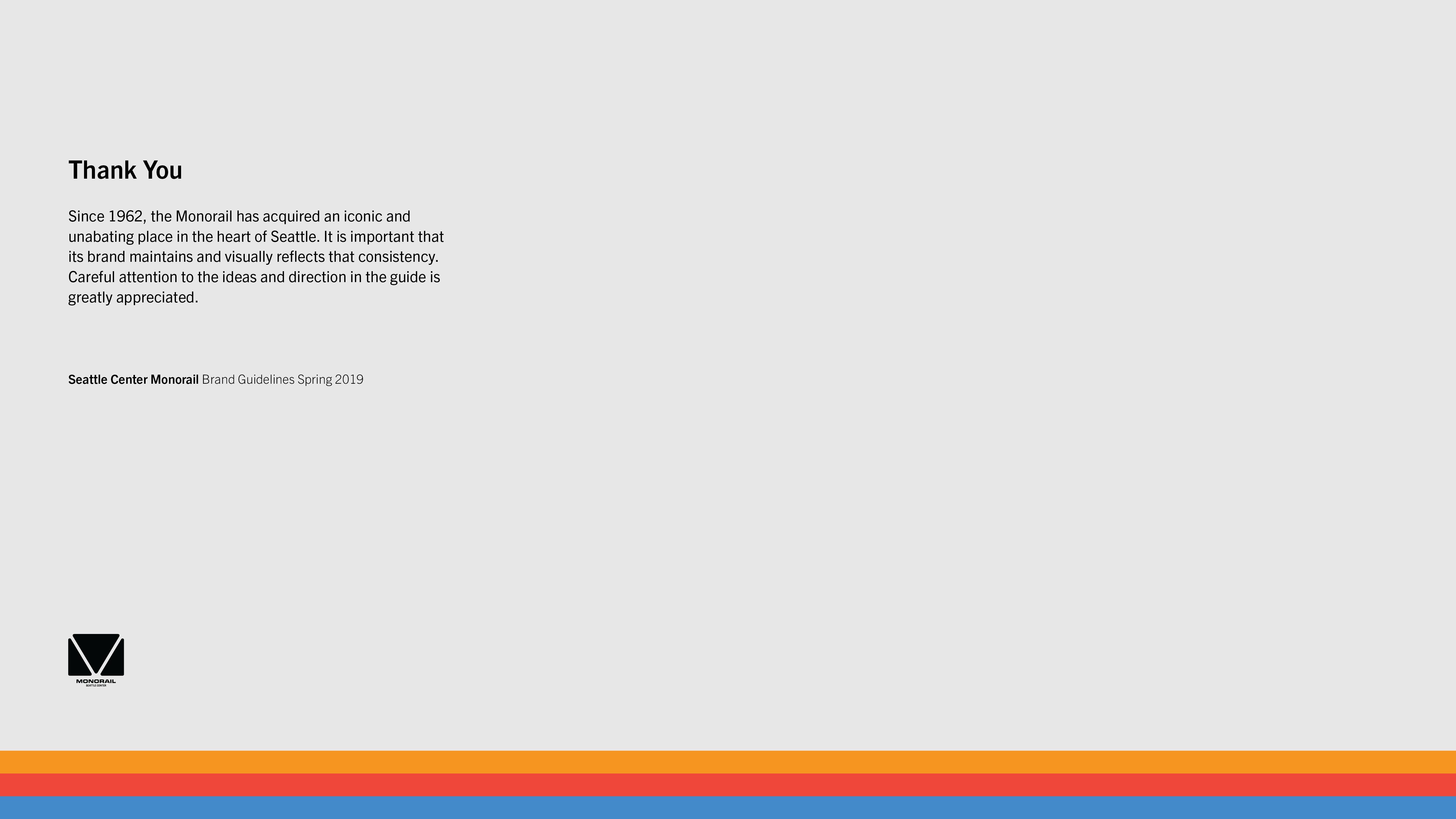