Publication
Overview
December 2019
10 weeks
Hand-bound print publication
— 8" x 10"
— 170 pages
The Project
As an admirer of space and space travel, I created this publication to help tell the story of the women who have been and still are pioneers of the aerospace industry, a story that often gets left untold. Before creating the visual design I gathered stories, articles, interviews, and photographs, and arranged the pieces to create a cohesive story line. The book begins by introducing the First Lady Astronaut Trainees, a group of women in the 1960s who devoted their lives to training as astronauts to later have the idea (of women in space) scrapped by the government. From there, the book moves chronologically showing photos of females engineers who started working in the early 1940s, articles on NASA’s first female astronauts, and interviews with today’s scientists and engineers studying the surface of Mars.
‍
The design for the publication takes inspiration from NASA’s Graphics Standards Manual from 1976, as well as the idea of an anti-gravity environment as text blocks and images float to different corners of the page. With the scientific nature of many of the texts I wanted to leave room for them to breathe in the spreads and to provide a visual break by using a lot of photography (both within and in-between different articles). Bright orange spreads are dispersed in the book containing quotes from female astronauts, as well as other hints of orange found throughout inspired by the suits worn by spacefarers during liftoff. The layout for all the spreads was done in Adobe InDesign.
‍
Once all pages were printed, including three gatefolds, I bound the book using the perfect binding method to create the book block. I assembled the cover using chipboard covered with shiny, adhesive vinyl and machine cut vinyl letters for the title on the front and spine. 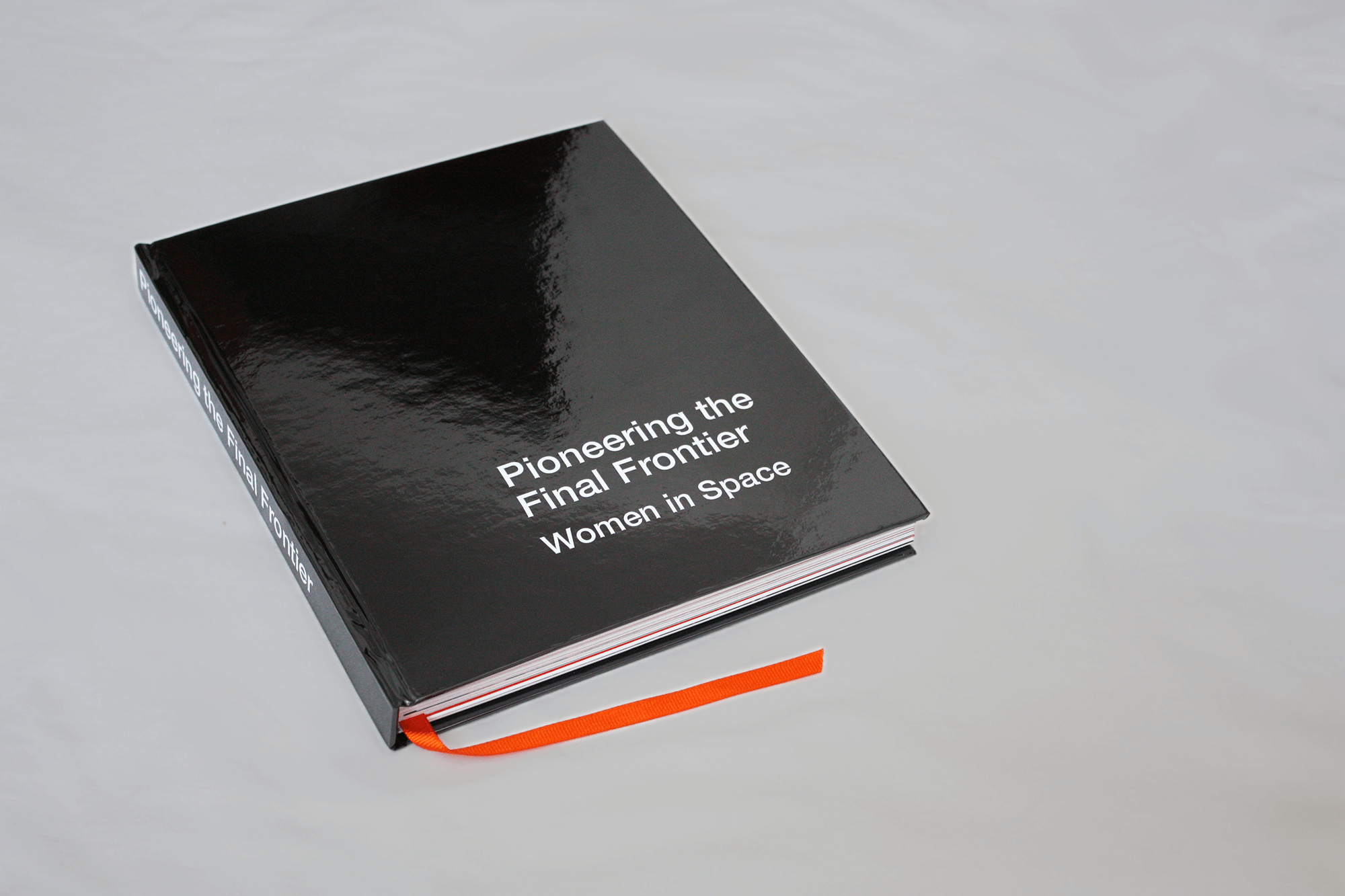 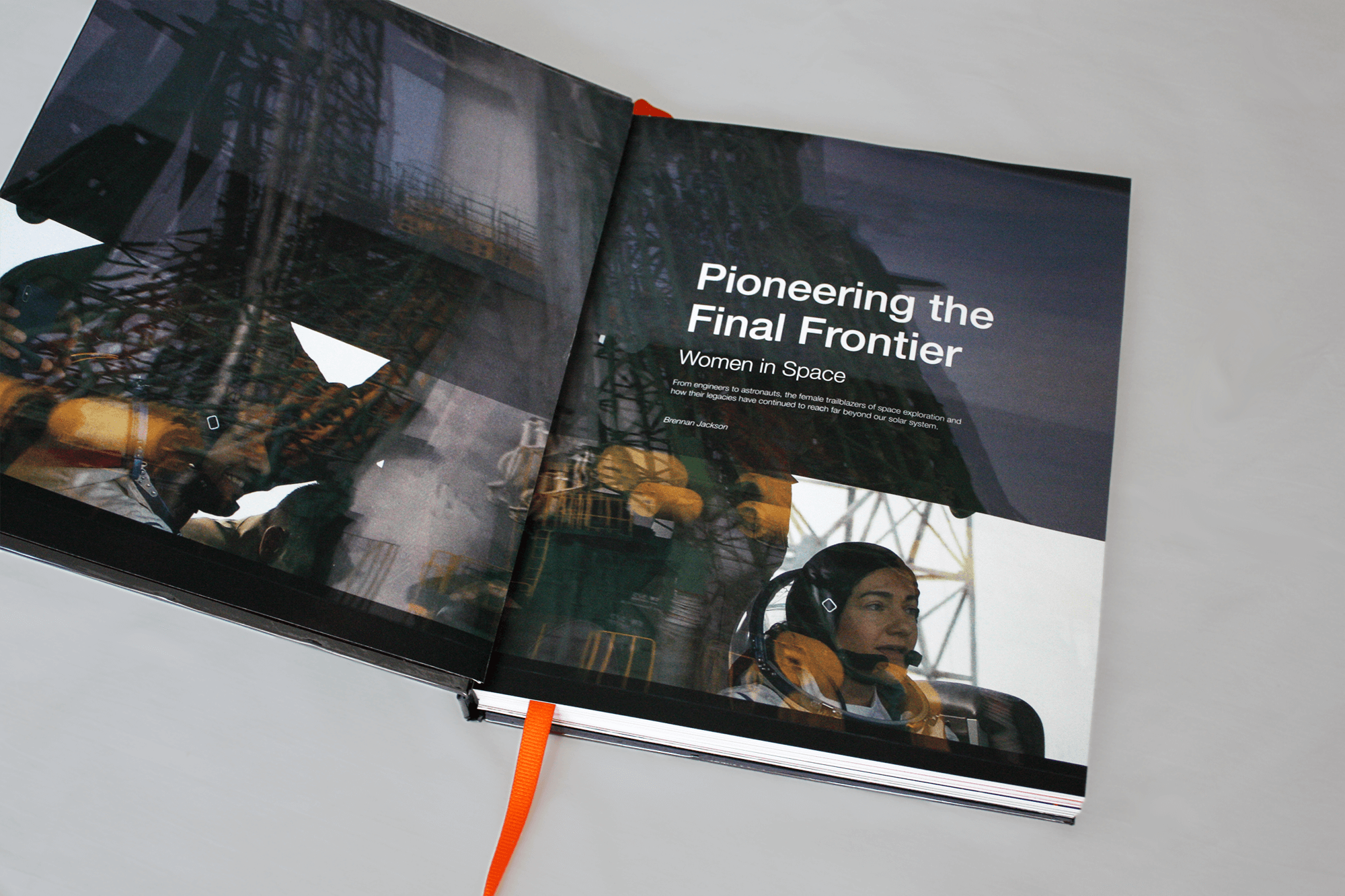 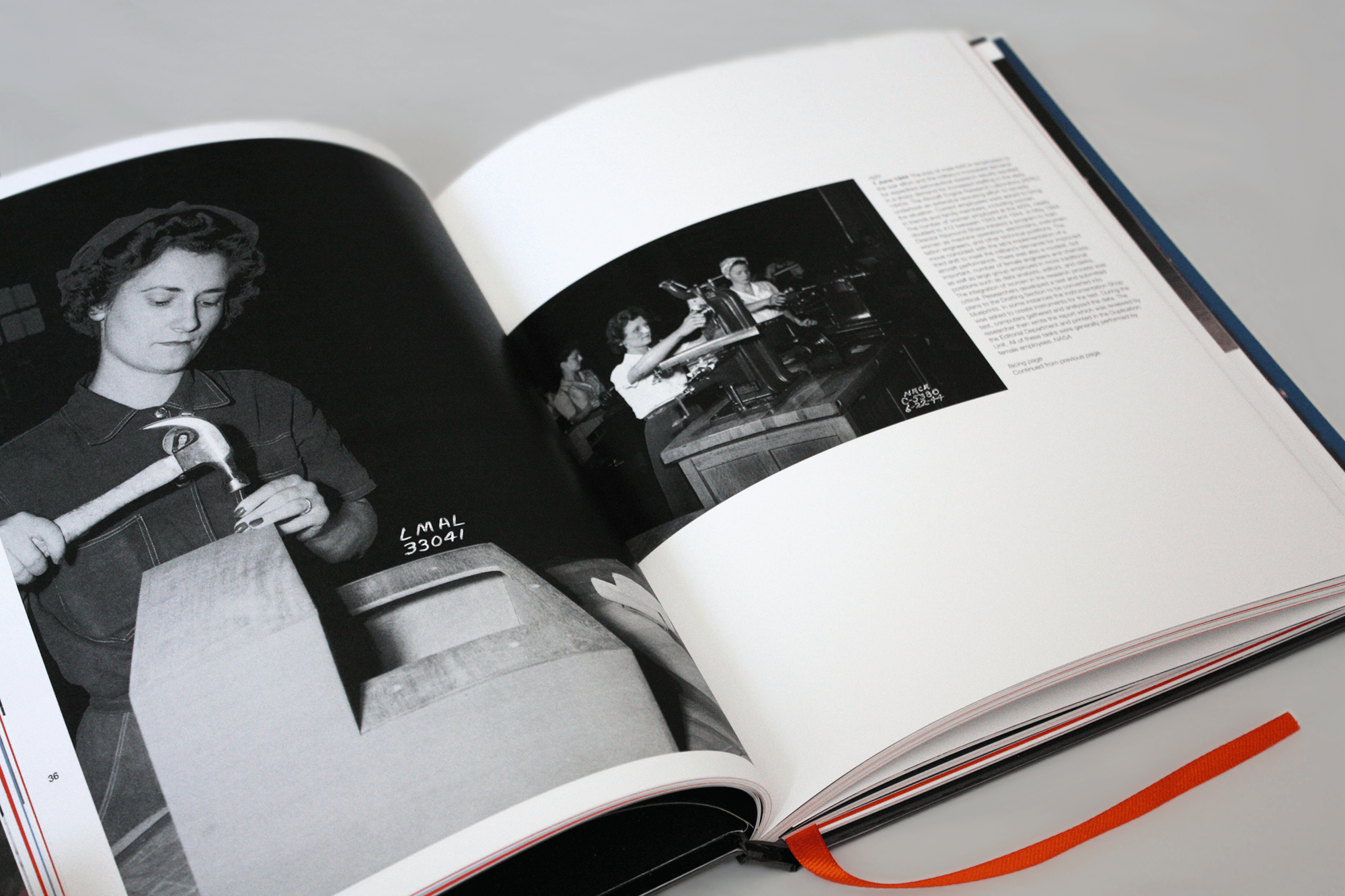 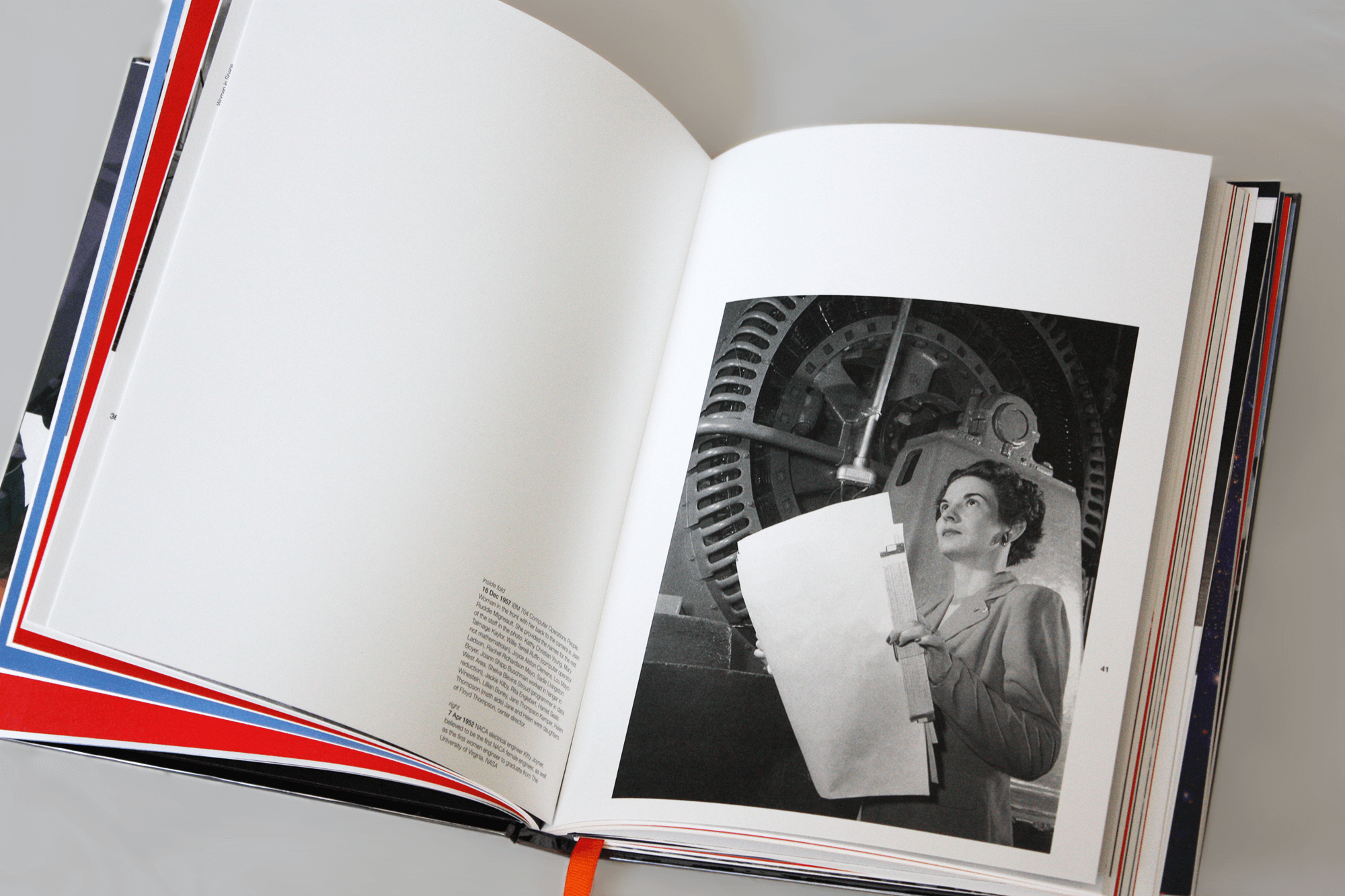 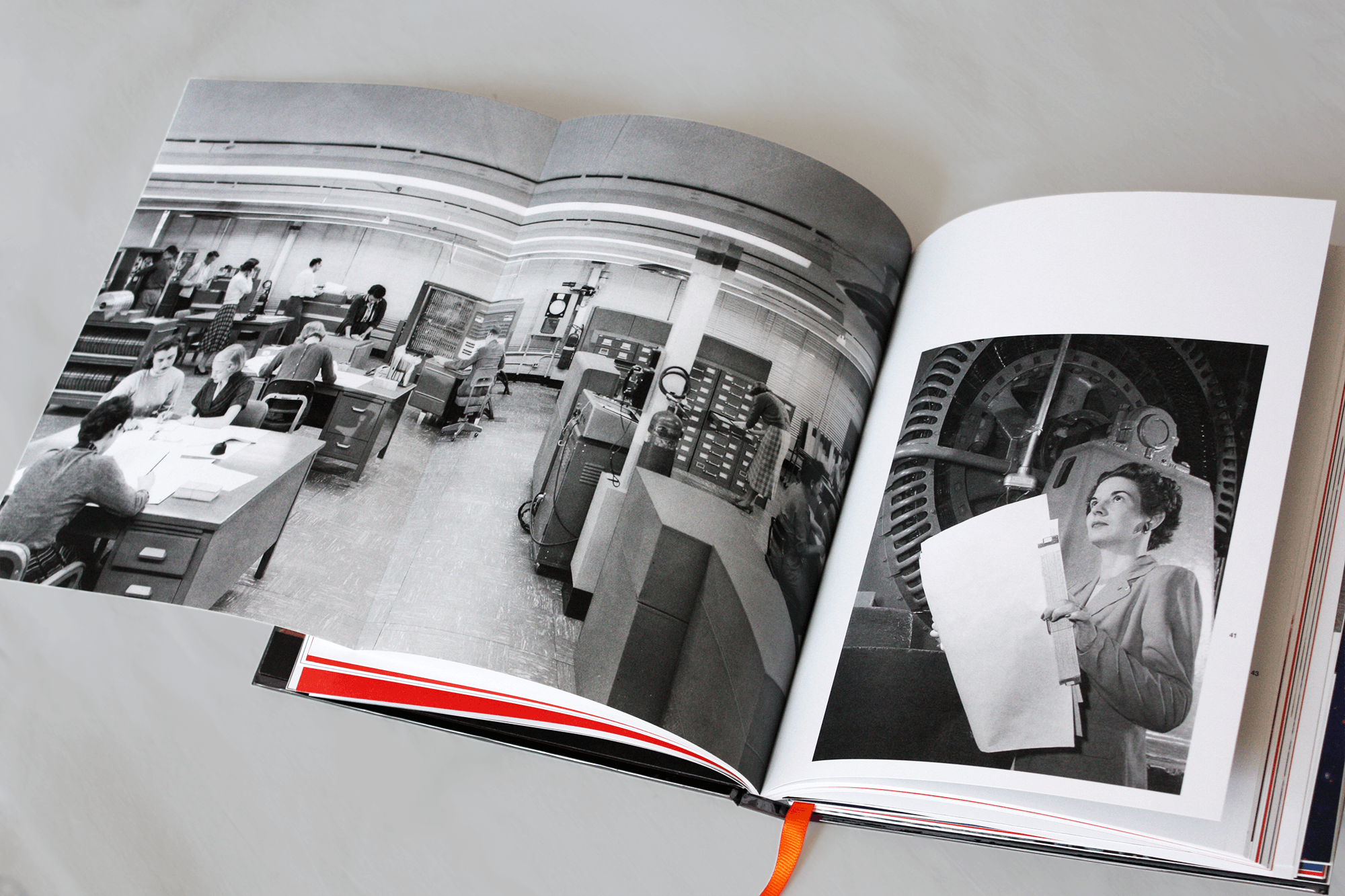 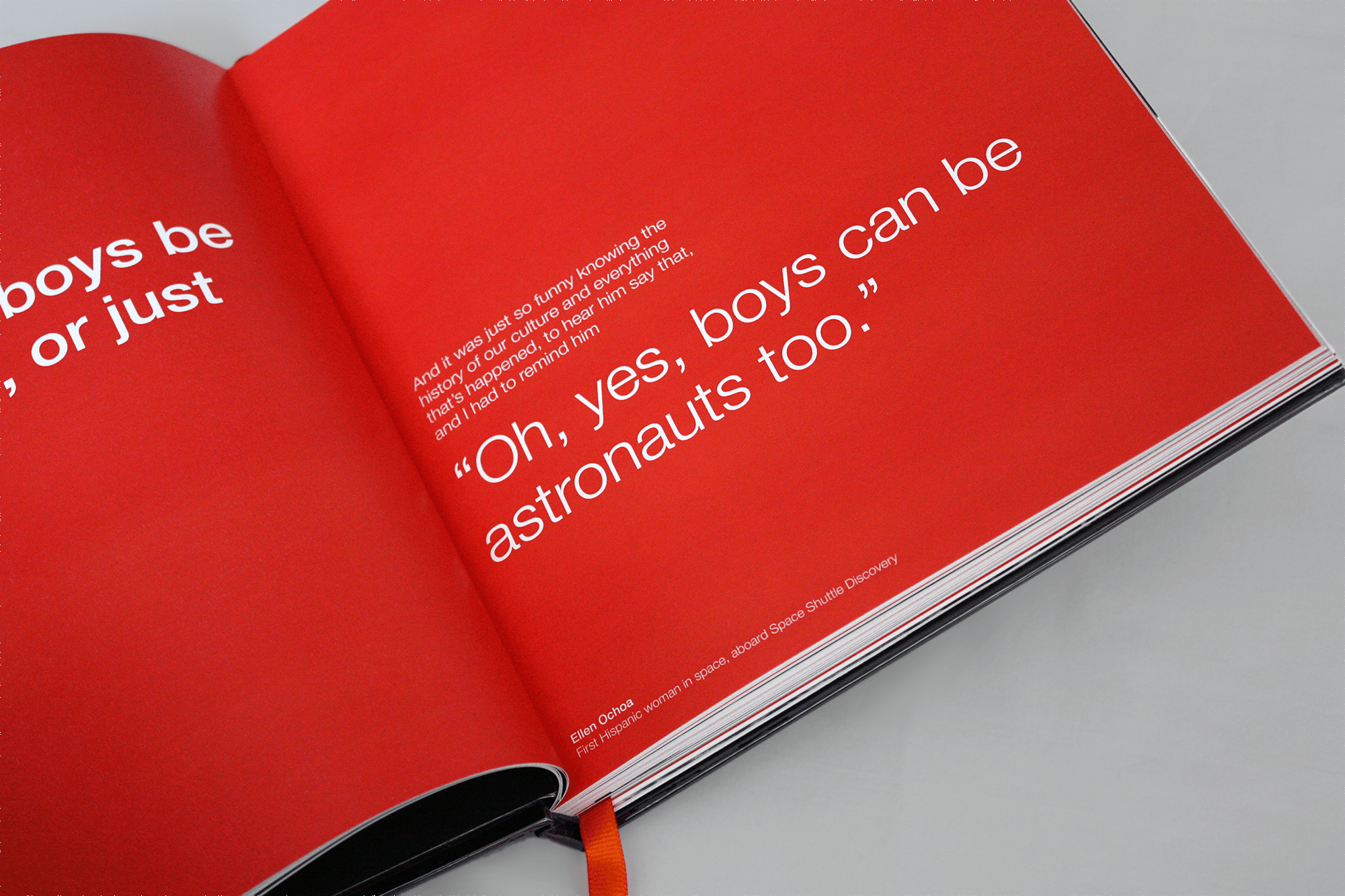 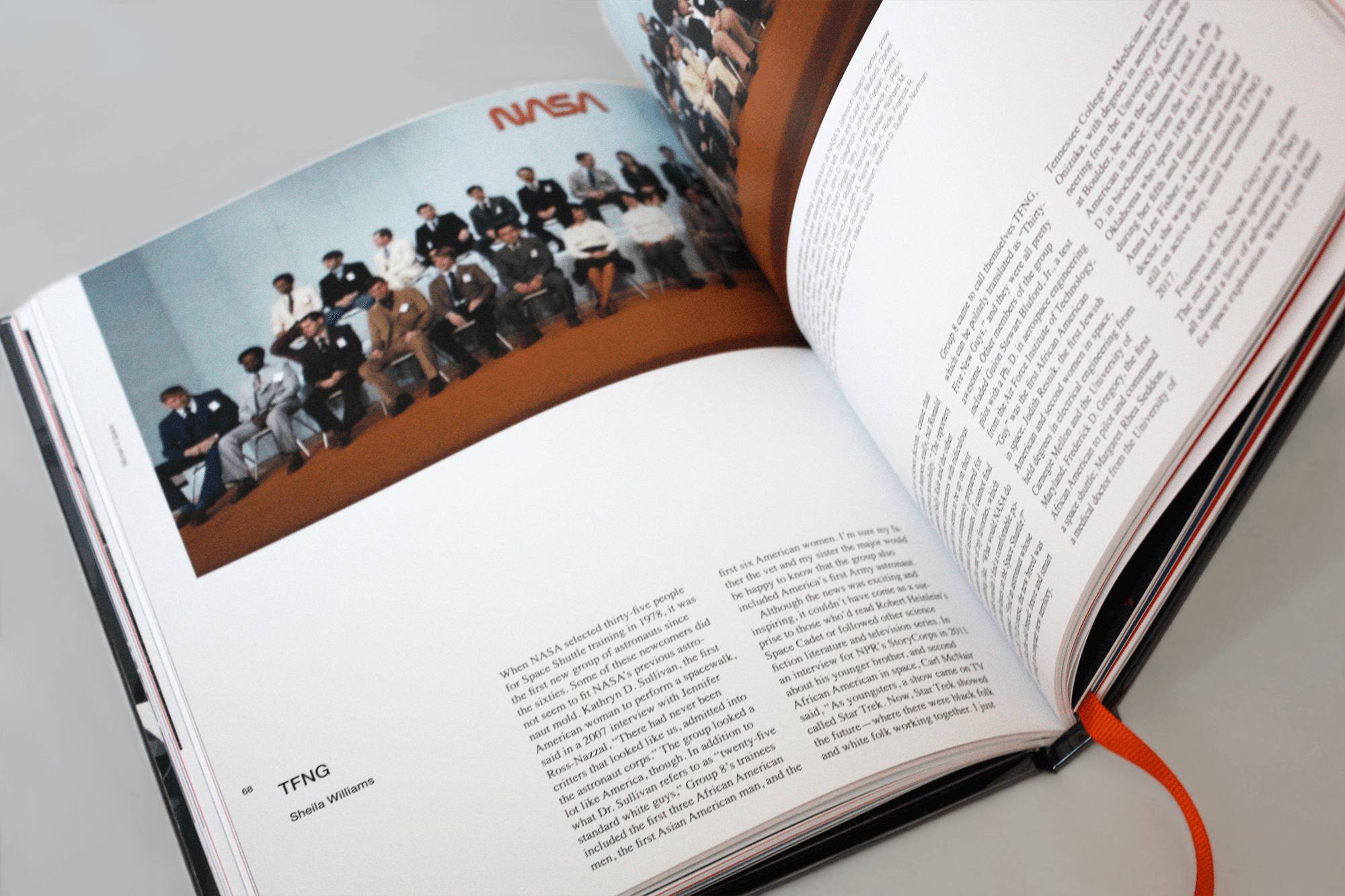 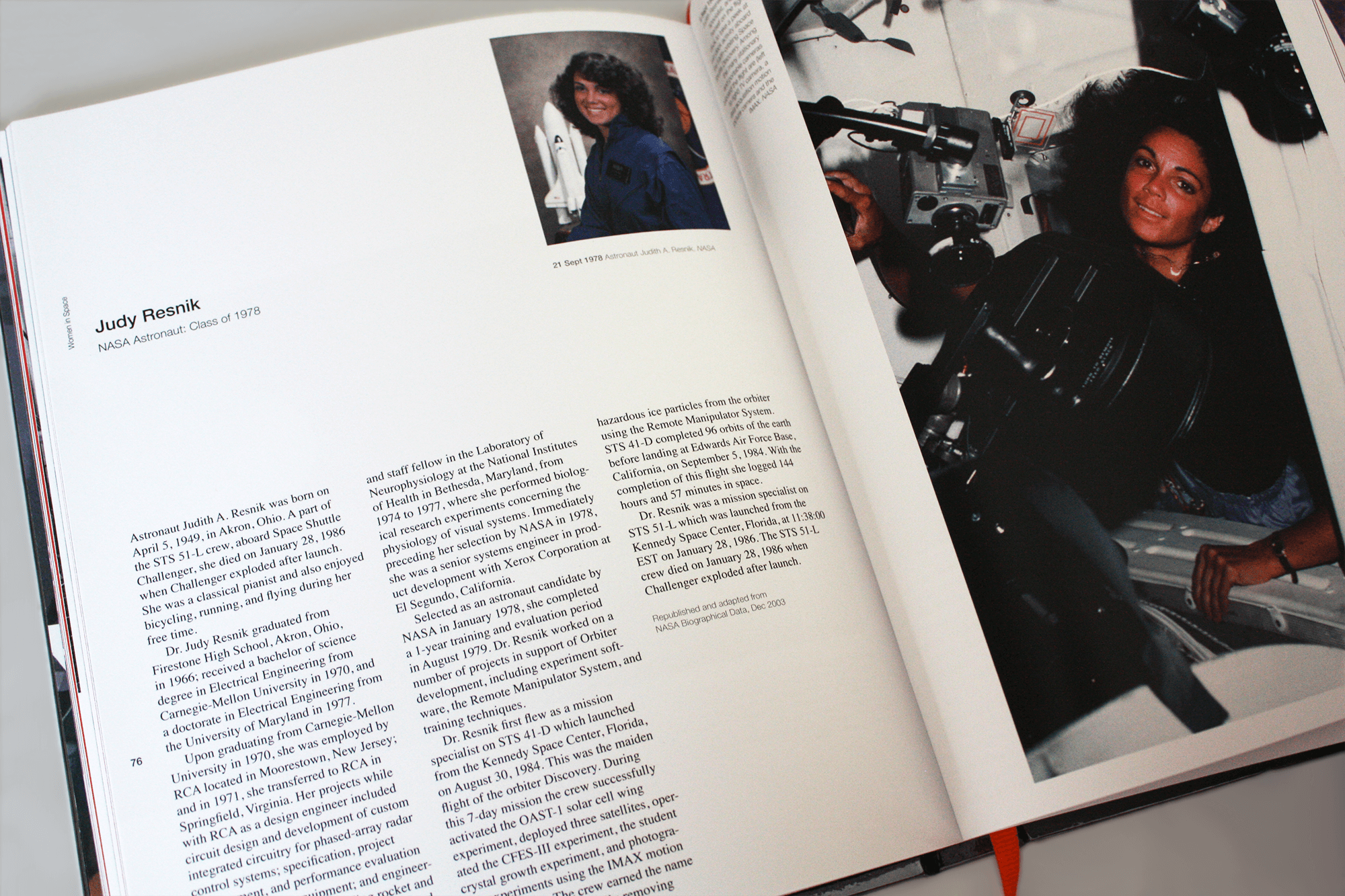 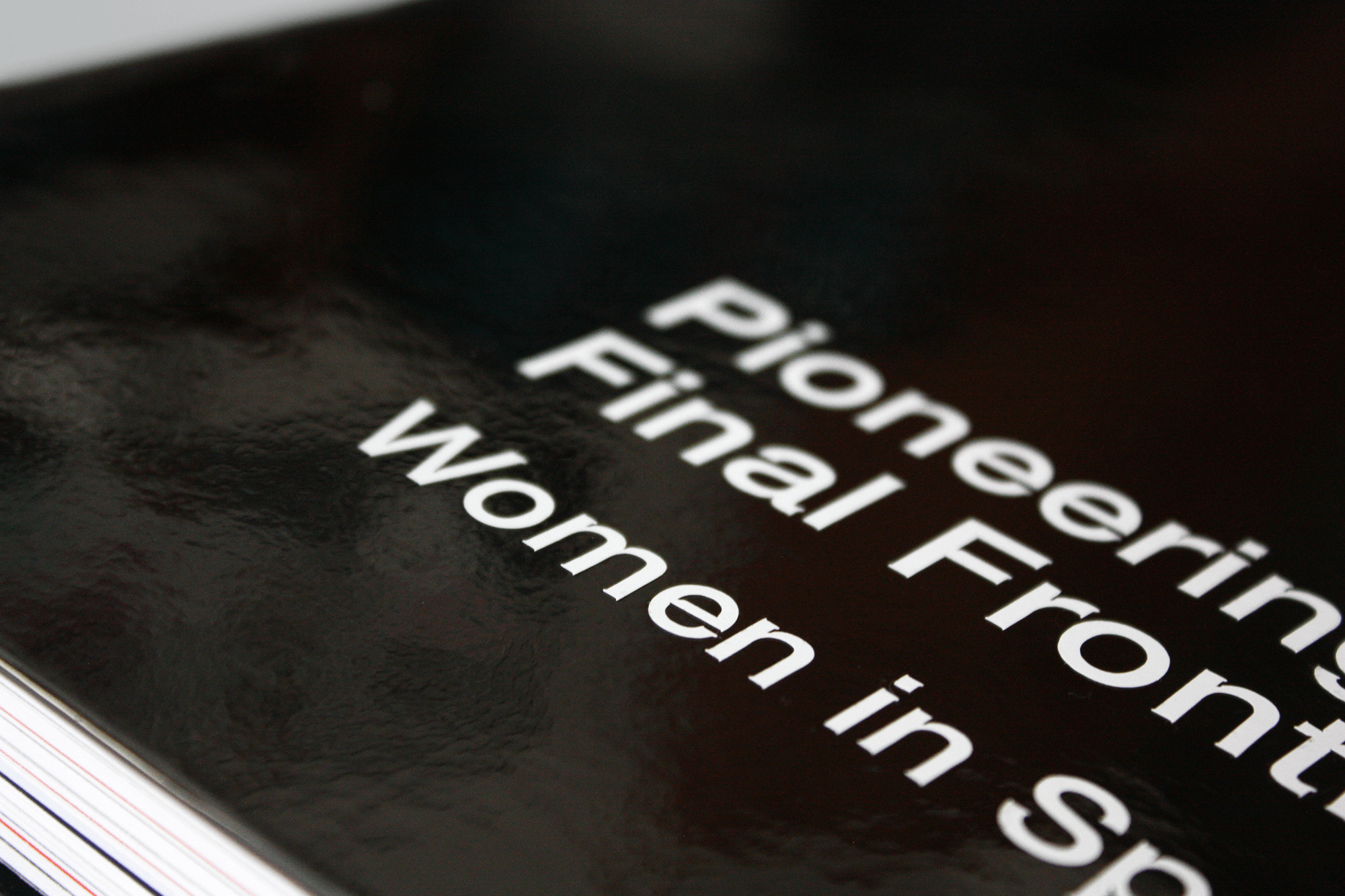 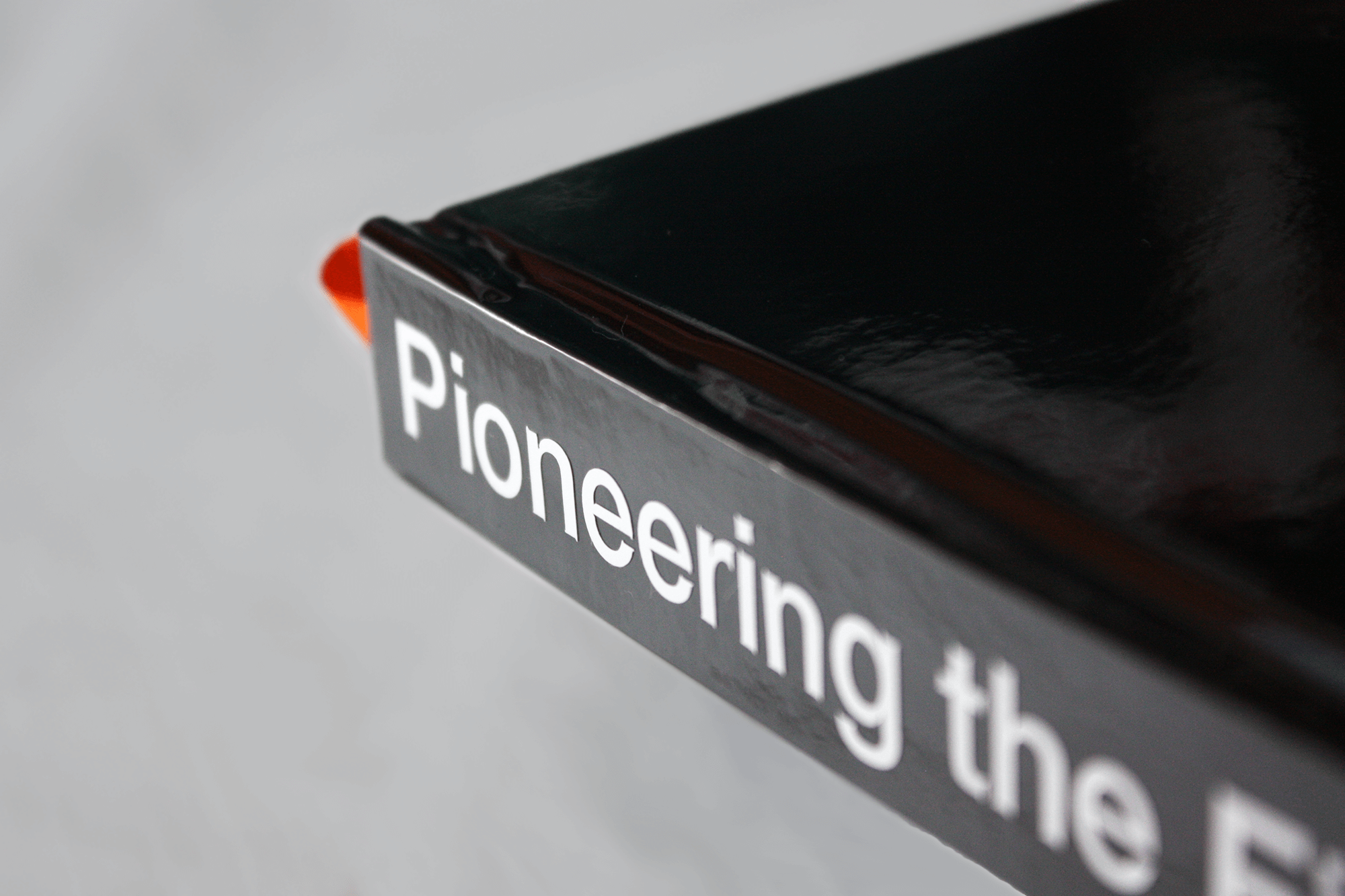